Escape from the crowds to a quiet oasis

Located in the heart of Kobe, the gate of Sourakuen transports you to another world where time moves slower. This garden was originally created for the residence of the Koderas, a family who contributed to Kobe’s development in the latter half of the 19th century, and was opened to the public in 1941. Even to this day the garden stands in contrast to other tourist attractions for its leisurely atmosphere and popularity among local Kobe residents.

Sourakuen’s charm lies in its plentiful sights condensed into grounds of approximately 20,000㎡. A short walk from the entrance you will find a 300-year old Japanese sago palm, before you lay eyes upon two Western-style buildings. Kobe, as a port city, boasts an architectural blend of Japanese and Western styles. The brickwork of the stables from the former Koderashi residence is all that remains of the original buildings; it is quite rare to find a stable in Japan of the same intricate design and scale. The second, two-storey building is the Hassam residence, which was moved to the garden from Kitano-cho, an old district with Western style buildings. Houses like this were popular among foreigners residing in Kobe from the latter half of the 19th century to the beginning of the 20th century.

Stroll through a traditional Japanese garden

Once you’ve experienced the exotic history of Kobe, why not move on to the main attraction of Sourakuen? Visitors can view the gardens along a path surrounding a central pond; the enjoyable route includes small waterfalls, stepping stones, stone bridges, stone arrangements and underpasses. The bridge over the centre of the pond offers the best photo opportunity. From here the Funeyakata building (designated as an important cultural asset) stands to the right and a tearoom to the left. As coloured carp swim at your feet, you can enjoy the elegance of Japan to its fullest. The Funeyakata building was previously a houseboat used by the Lord of the Himeji Clan during the Edo period. Its magnificent cabin is finished entirely in Japanese urushi lacquerware, and gives the garden a dignified appearance. Sourakuen also offers different colours in all four seasons; you can see azaleas in spring and the fall colours in autumn mirrored on the pond’s surface. Large trees surrounding the garden, including a 500-year-old camphor tree and a white pine, instill a dynamic impression on visitors.

Sourakuen is a 10min walk from JR Motomachi station. The ¥300 entrance for adults is modest and fits neatly between sightseeing and shopping. Those with more time could easily spend half a day here relaxing and enjoying themselves. 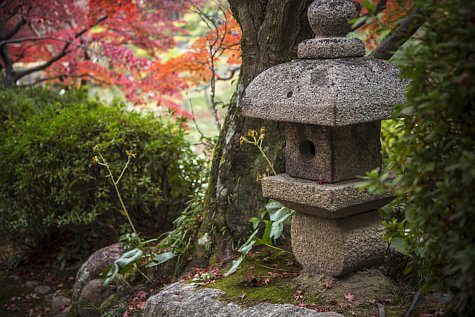 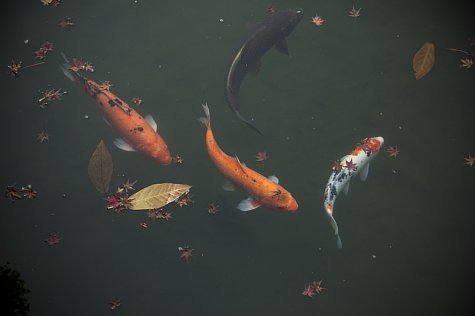 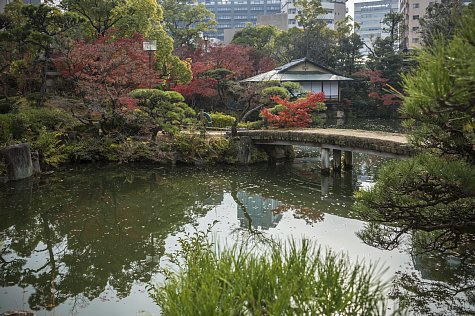 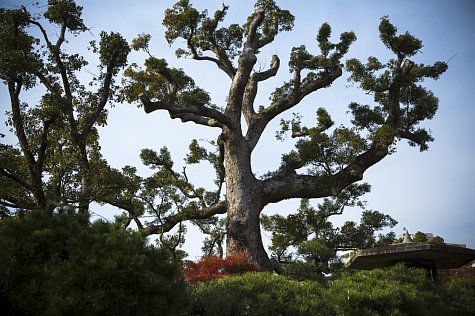